Shopping Cart
Your Cart is Empty
Quantity:
Subtotal
Taxes
Shipping
Total
There was an error with PayPalClick here to try again

Thank you for your business!You should be receiving an order confirmation from Paypal shortly.Exit Shopping Cart

Headstone icons provide insight into the life of the person buried there. Because hand-carving was labor intensive and expensive (most carvers charged by the letter), icons were sometimes used to help convey the story of the deceased’s life and/or death without the use of words.

In the 17th century, New England Puritan beliefs about being born with "original sin" generated anxieties about "eternal damnation." These Puritan beliefs can be read on the gravestones in the First Burial Ground. The Puritans did not advocate using religious symbols, such as crosses and cherubs, but used motifs such as winged skulls (death's heads), crossed bones, hourglasses, coffins and skeletons.

The skull and crossed bones stood for death of the body while the hourglass served as a reminder that time was passing or time is running out. The standard three-lobed shape of these early Puritan gravestones reflect the belief that to enter eternity, the soul passed through arches and portals.

You will often see the Latin phrases, "Memento Mori" which means Be mindful of death or Remember you will die, and "Fugit Hora" which means Time flies!

One of the finest stone carvers in early New England was Joseph Lamson (1658-1722) of Charlestown, who was known for his expert carving and detailed stones of winged skulls, finials and borders of ornate fruits, vines and flowers. The stones he used were heavy slate from England, expensive stones known for their width, thickness, weight and dark grey color. In the 18th century, light American slate would be used.

Lamson winged skulls typically have some distinctive characteristics including; eyebrows that have hooked ends, eyebrow marks that connect to the nose mark, and a lip-like mark above the teeth.

As we entered the 18th century, significant changes in shape, height, design and composition replaced the stark Puritan style. 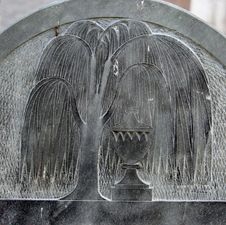 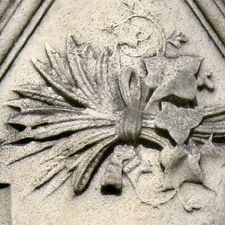 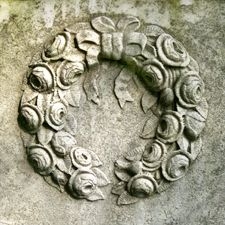 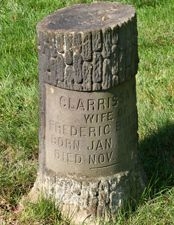 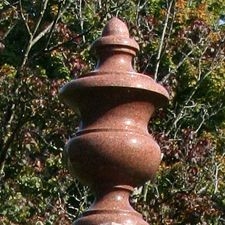 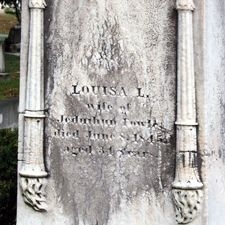 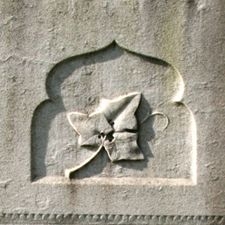 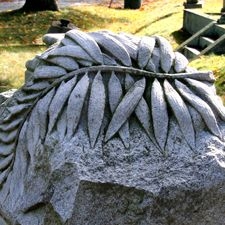 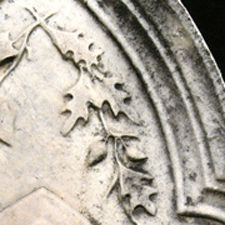 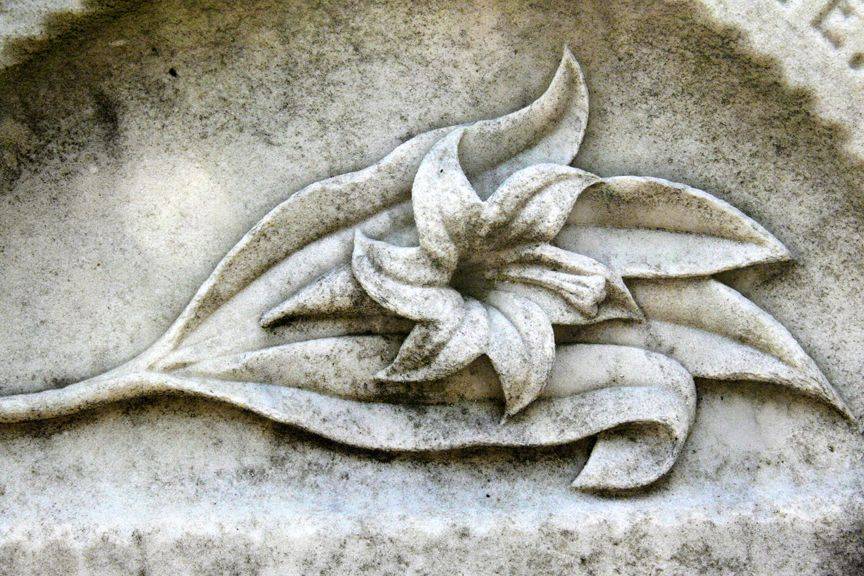 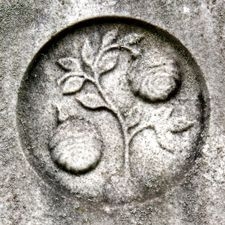 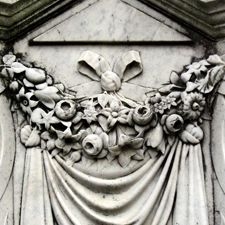 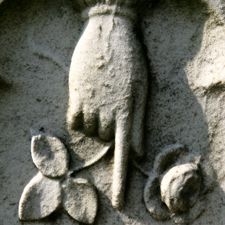 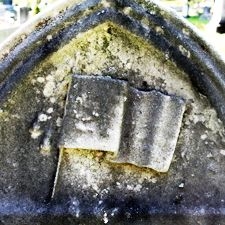 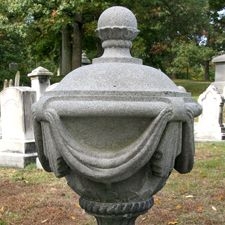 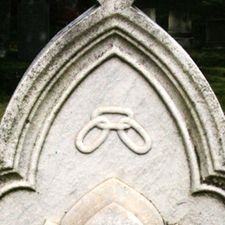 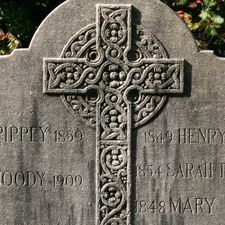 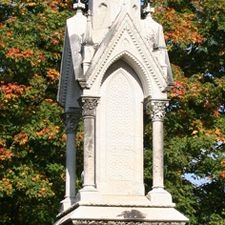 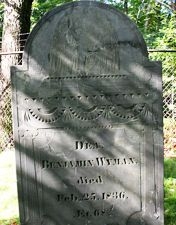 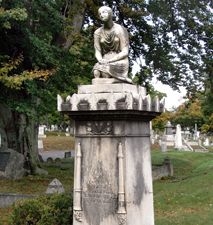 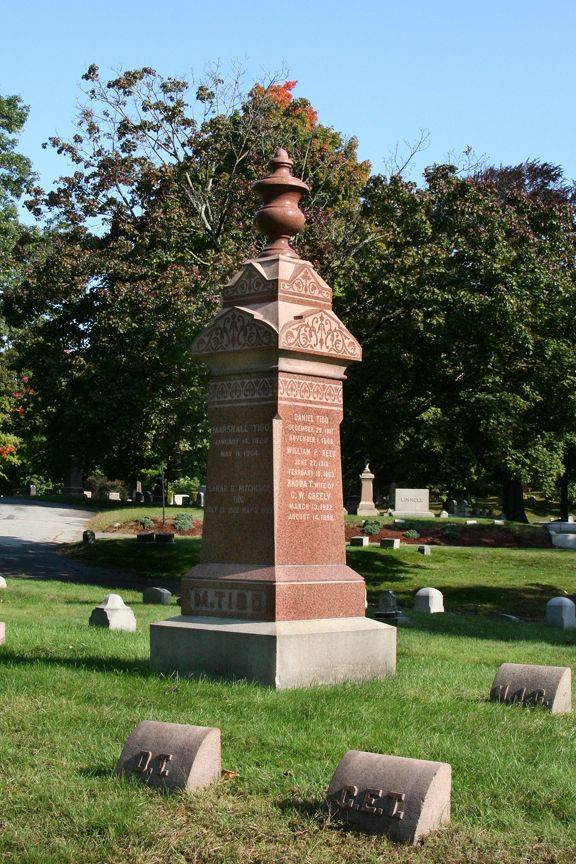 The Society is extremely grateful to be a recipient of a Cummings Foundation Grant.

Thank you to these Woburn businesses for their generous support!